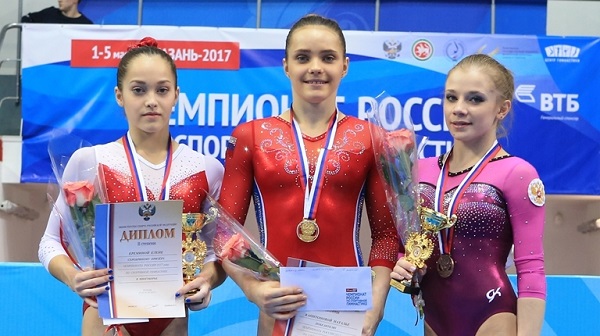 The 2017 Russian Artistic Gymnastics Championship has concluded on March 5 in Kazan, Russia with 16-year-old Natalia Kapitonova at the highest podium in the women’s All-Around.

Although Kapitonova was last year’s alternate in the Olympic Games and last summer’s Russian Cup bars champion, her win in this event was still surprising, to say the least, as people did not expect her to win at all. Some reviews said her routines are not that extraordinary and that there was nothing thrilling about it. It was worth noting that she had a fall on beam as well. Bars, of course, was her best event as she earned a 14.333 for her routine although it wasn’t one of the hardest Russian routines.

With a solid total score of 108.231, some avid spectators even speculated that Kapitonova won only because everyone else failed, either by falling or had different issues, making Kapitonova’s routines the best among the ones doing the all-around.

On silver was first-year senior Elena Eremina with a combined score of 107.732, albeit falling on bars and beam. The mentioned falls were quite surprising to some, because at the beginning Eremina started out her routines fantastically. However, fans still believes that the 15-year-old still has some of the greatest promise among all of the young Russians at the moment. 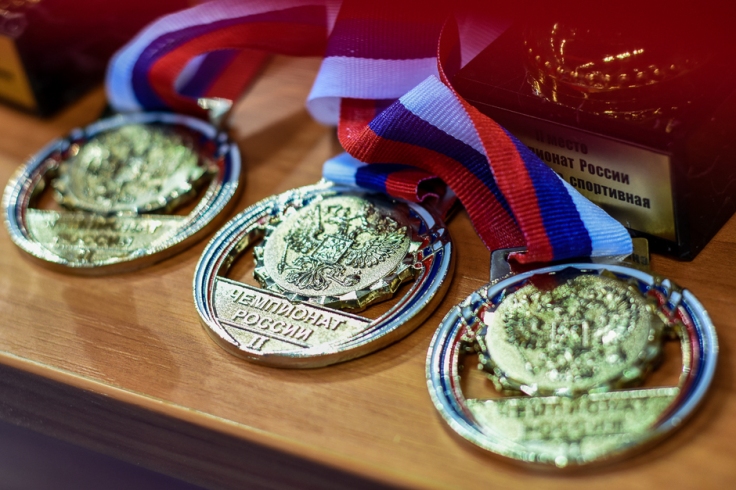 The bronze medalist for the women’s all-around in this Championship was 2016 Olympics’ alternate for the Russian team, Evgeniya Shelgunova. The 19-year-old gathered a total score of 106.597. Shelgunova’s fellow Olympian on this competition was Seda Tutkhalyan. The routines of this silver medalist from last summer’s Games was somehow disappointing as she totaled three falls in the two-day event, giving her just a 106.230 at the all-around, placing fourth.

For the men’s artistic gymnastics, full results are still not out at the moment but it was reported that Nikita Nagorny took the lead in parallel bars and David Belvsky dominated the high bar.

Out of all eight teams from different parts of Russia, Moscow ranked on the top spot, followed by Central Federal District 1 and St. Petersburg.

Stay updated on the news about gymnastics by following our official Facebook page! Learn gymnastics from the best sports academy in Singapore, enroll today at Bianka Panova Sport and Art Academy! Join us and learn gymnastics for kids with us!

The Bianka Panova Sport and Art Academy is a flourishing training center for various types of ballet and gymnastics. Our school is under the company SG Gymnastic Academy PTE. LTD and is a member of the National Sport Association for Gymnastics in Singapore. Furthermore, we are working with the International Gymnastics Federation (FIG) and our programs are based on the SG Rhythmic Gymnastic National Program rules. Our head coach, Bianka Panova, is a world-renowned gymnast, Guinness record holder, and world champion. With our head trainer’s extensive experience and skills in the field, our state of the art facilities, and comprehensive programs, the quality of education that your child will receive is guaranteed. Bianka Panova Sport and Art Academy accommodates students 4 years old and above, with the aim to prepare dancers and gymnasts from today’s generation to make their own mark on the world stage. We keep our training sessions fun and challenging at the same time, in order to tap the full potential of each student.